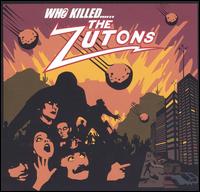 If you want to know the pitfalls of “selling out,” just ask Moby: after “Porcelain” became the ubiquitous, depressing theme for commercials/movies everywhere, the bespectacled benefactor of cocktail parties was expunged from the social consciousness like curdled Bailey’s. Now we have Snoop Dogg, the pimp/gangsta-cum-self-parody pushing text messaging with Paris Hilton and Wayne Newton. What’s the next horse of the apocalypse, Bob Dylan hawking ladies underwear?

Still, some bands continue to flirt with potential overexposing disaster in order to pocket extra change, yet emerge without a scrape. It took “Gravity Rides Everything” over a Nissan commercial until Modest Mouse was bear-hugged by the general population into platinum status. And what do those crafty Shins get after pulling the wads of cash from Ronald McDonald’s greasy mitts, a move that essentially amounts to selling your soul to a devil in a red wig? Their most popular album to date, Natalie Portman telling the world “they’ll change your life,” and a lifelong friend in Spongebob Squarepants.

Cue the most recent Levis 505 commercial. A man, bereft, cold and pants-less, sends his trusty dog to tear the jeans off a svelt young brunette. The twist: the pants are his, the woman walks all the way back to his apartment in nothing but skivvies, and he just walks away smiling loving those 505’s. To quote Maude Lebowski, “The story is ludicrous.”

Somehow, the Zutons’ “Pressure Point,” the breakout track off Who Killed the Zutons, fits well as the music to this absurdity. The song itself is a hodgepodge of ’60s psychedelic pop, ’70s Sly funk, 90s riff-heavy distortion, and heavy-duty cowbell, all to lead singer David McCabe’s wail-when-necessary voice. It’s absurd because there are just so many wells of inspiration that the Zutons draw from in their music. It’s absurd because the Zutons come from the same howntown (Liverpool), share the same label and sound somewhat comparable to the Coral. And yet it works pretty damn well.

The main similarity with the Coral and the Zutons is their non-sedentary attitude, their admirable desire to exclude nary a genre. Although the Zutons claim their primary references as Sly & the Family Stone and Talking Heads, Who Killed the Zutons has a baffling amount of influences, and the tracks reflect this schizophrenic attitude towards their own music. “Zuton Fever” pairs an open-road Southern rock-riff to ska horns. “You Will You Won’t” sounds like a Jack Bruce melody over a Frank Zappa composition and a chorus that keeps you humming, almost until you want to go π on your skull. “Havana Gang Brawl,” a Dire Straights-esque bar tune, is worth listening to just to hear McCabe earnestly throttle the line, “Oh where will you sleep tonight.”

Who Killed the Zutons suffers somewhat when the tempo slows down, particularly in “Confusion” and “Not a Lot to Do.” They’re unnecessary breathers for a band that feeds off their contagiously manic energy. Similarly, “Railroad” drags for nearly half the song, but thankfully sheds its confining acoustic layers like a shirt that’s two sizes too small in favor of a rollicking chant.

Inevitably, how they treat their dominant influences is what separates the Zutons from the Coral. While the Coral have yet to truly define their sound, The Zutons can bounce from funk, to zoot-suit swing (“Dirty Dancehall”) to alt-country (“Remember Me”) and yet have that tangible, original quality to their music that makes for an impressively cohesive debut album. The Zutons are at their best when they’re out to have a good time, which is pretty much all the time.