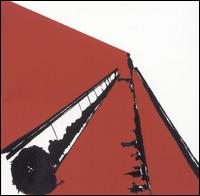 So, Austin, Texas has a lot bands, huh? The city known for its disillusioned youth and their excesses, featured in such fine films as Slacker and Dazed and Confused (not to mention the MTV show bearing the city’s name), seems to be the newest hot-bed for melancholy, highbrow post-wavers. Throw Zykos (technically from Houston, but very much a part of the Austin scene) into the heap of insurgent post-punk/rock acts hailing from the Lone Star state, a list that includes Trail of Dead, Spoon, Single Frame, I Love You But I’ve Chosen Darkness, Windsor for the Derby, Knife in the Water, and Explosions in the Sky amongst countless others.

Not surprisingly, Zykos have a similar sound to many of its Austin brethren. They feature melodic, minor-key guitars spouting glassy riffs over jangly rhythm guitars, vaguely dancey, crisp drums and pulsing, rubbery bass lines, with the occasional keyboard/piano thrown in for good measure. This set-up may sound somewhat familiar by now and it should. Despite their tendency to dabble in tired out styles/sounds, Zykos do demonstrate a fair amount of talent on their self-titled debut, both in terms of guitar dynamics and song-writing.

Opener “Mrs.” is a good indication of what to expect on the record. Sounding somewhere between Trail of Dead and Interpol, Zykos rock well, if not originally. “Calliope” features a jangly, diaphanous riff that winds in and out of the song that’s punctuated with a juicy Carlos D style bass-line and typically melancholy, yearning lyrics. Singer Michael Booher has a tendency to sound like either Trail frontman, but he thankfully manages to seem mostly unmannered in doing so. Booher’s lyrics are secondary, and his delivery seems to imply a sort of post-emo leaning, which doesn’t necessarily flush with his band’s shimmering, rhythmic rock. Without him, I don’t know that I’d keep thinking these Trail of Dead thoughts so often, as the majority of the music is far more laid back than Trail’s driving post-emo anthems.

The keyboard/piano riffs throughout are used to add a nice churning undercurrent and make for a very full and compelling sound. “George Elliot” starts with a nice piano riff that becomes the foundation of a nice song. “Disappearing Act” is similarly constructed on a droning organ pulse, Single Frame style. “Already Came Back” features a wonderful keyboard riff that is echoed by a pulsing bass, making for one of the album’s highlights. “Understanding Fire” also features a wonderful piano melody. The thickened sonic pallet suits Zykos, and one has to credit keyboardist/pianist here Catherine Davis for adding atmosphere and depth to the Z-boys sound. Her work is really the bright spot of Zykos, and the part that will keep me coming back.

As the album winds down, and the wonderfully crashing melodies of “Dark Tan” collide, you realize that Zykos aren’t doing anything terribly original, but they are making a good product that’s quite listenable and, yes, even dance-able in parts (that seems to be quite important to labels these days). Zykos could make for a fantastic opening act at your next Cursive, Spoon, or TV on the Radio show.