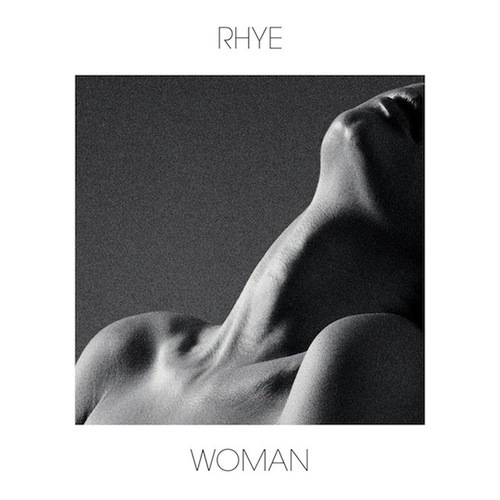 I’ve played this record, Rhye’s Woman, in a number of situations, all appropriate. For parents whom I’m trying to impress and for parents who impressed upon me the importance of intimacy, making me sleep—when we both go home for Christmas—in a different room from the woman with whom said intimacy is important, because I definitely thought I was in love with her. I’ve played this at dinner parties and on dates, when I dust my apartment and scrape crust off dishes, when I’ve gone to bed alone. Especially when I’ve gone to bed alone.

Woman isn’t really a record meant for going to bed alone; there haven’t been many other records this year that so flawlessly—and instantly, I might add—carried out all plans for being completely and irrefutably sexy. Where tracks like “The Fall” or “Verse” ache and coo and roll over and nuzzle with one another, plying at fat, content lines of sweat striping the bell of a tastefully straddled saxophone, “3 Days” digs in, spurs and all: “It’s just my nature, I ruin love.” Woman’s rhythm is gentle, and its dynamic predictable, and it also sounds pretty much always like Sade, but it’s also kind of perfect, a post-coital mood and a deep longing both satisfied over 45 soft minutes.

Woman, though, isn’t all that much about sex, or at least the having of it. Instead, Rhye is obsessed with remembering sex, and good sex at that, probably, given how much each song pleads for the object of affection to return, to come back, or to join him one last time. It’s a “him” too: lead singer Milosh, which is only worth noting perfunctorily, because-gender bending isn’t much on Rhye’s mind. There are just too many excellent bouts of intercourse to occupy all that brain matter. Even calling the record Woman and adorning the cover with a faceless nude form feel like purely aesthetic choices: objectification, sure, but totally unsure of how anyone could object to the worship of the absolute, imperturbable softness on hand.

It’s probably not too far off to claim that sexual expression has lacked nuance in 2013, at least as far as the pop landscape is concerned. Miley Cyrus was celebrated for her inhibition when all she was doing was getting nakeder and nakeder, thrusting her ass ever further into the public psyche, which, like Robin Thicke’s groin, is now forever at half-chub. R. Kelly got bored pretending he had any class, so he returned to his roots and dropped (his incessant marketing pun, not mine) Black Panties, hating women as fervently as back when 12 Play (1993) first introduced the functional illiterate’s prowess unto the world, but this time by turning them into skin-cellos. The Weeknd somehow commoditized Abel Tesfaye’s proclivity for sexual assault, painting it as the desperate attention-grabbing of a martyr, and we’re fine letting him continue to take up Michael Jackson’s mantle and wear all those sleeveless jean jackets and lose track of the indelible melody that once made all his douchey mishaps tolerable. It’s been a year of sex as aggression—Justin Timberlake’s two-part ode to a lifetime of smooth-ass monogamy seemed almost cute.

Rhye wrote a record that, while still nobly in tune with its carnality, treats the body like an instrument in ways of which R. Kelly could only dream. It can be awfully lonely, wracked as it is with sensations that are bound to be fleeting; it could be played at a wake and a roomful of mourners would half-listen, connecting on some level in their funereal blacks with a groove that speaks more of how much grooving its lost than where it will groove to next. But above all it bears a long-term respect for the glorious human privilege of fucking. Its sexiness abides. Just ask Sting how special that really is.