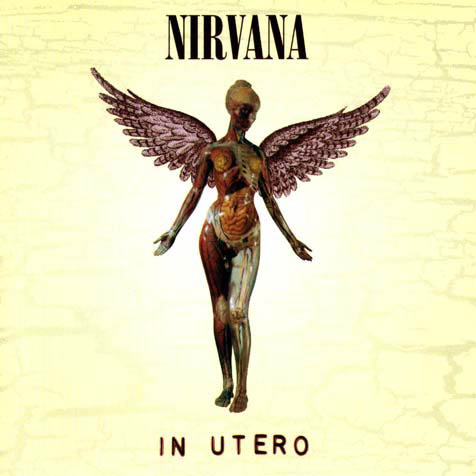 But first: these are 100% real and taken from Michael Azerrad’s Come as You Are, all these years later still the best Nirvana-related book out there. Written pre-suicide, it doesn’t focus on eulogizing or forgiving Kurt, and in terms of Nirvana merchandise to drop your money on, it’s about as far as you can get from the grave-scraping (er, urn-scraping…er, maybe not even that anymore since Courtney Love managed to lose his remains and realistically they could be anywhere) shit like his collected personal journals. Which boggles the mind, seeing how the same person responsible for those ever seeing the light of day also famously fought tooth-and-nail over unreleased Nirvana material, trying her best to keep control away from Krist Novoselic and Dave Grohl, who were in the fucking band.

Embracing Albini’s first-take, bare-bones approach, Kurt was finally able to capture “the sound that [he] hear[d] in [his] head”—what he had really envisioned for Nirvana before the suits and production gloss and big fat album advances came into play. Even though the band would pussy out a bit when DGC reps balked at the album, eventually hiring Scott Litt to punch-up “All Apologies” and “Heart-Shaped Box,” In Utero remains a stubborn rock masterpiece, a “powerful, personal punk rock record” (-Albini) stacked with phenomenal and (somewhat) diverse songs, the lot of them consumed with all the awful Cobain’s psyche could disperse: disease, depression, obvious father issues, rape, Patrick Süskind’s Perfume, perfectly good blankets ruined by cigarettes, “aqua seafoam shame” (whatever the hell that is), abortion tea, love, Love. It was the group’s re-defining statement, the kind of messy rebirth that the title and creepy liner artwork hinted at, uncomfortable squalls of afterbirth (uh, “Tourettes”) and all. This is Nirvana at their most visceral and spontaneous, and it fucking destroys, no less today than it did in 1993. Throw on “Milk It,” you’ll see what I mean.