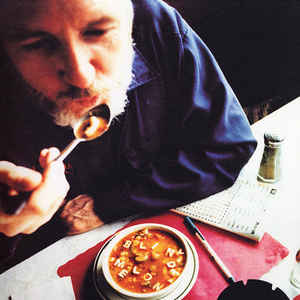 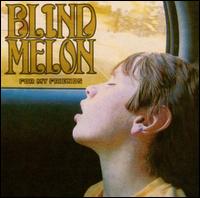 Holy shit this is creepy.

I feel like I should preface this review with an “Ok, so I love this band…,” because I do. Even now. They released two of my favorite records of the ’90s and were a group I believed in enough to follow for years after they broke up (…the first time), to the point of buying that Unified Theory record. (Chris Shinn’s dreads were magnificent live.) But dedication can only go so far, and as much as I still defend the old Blind Melon (strike one against this record: forcing such bullshit distinctions), I hate that they’ve reunited with a Hoon-ed out new singer merely to creatively devolve and make a really boring psych-rock album. This…well, it ain’t the band I used to love.

Which leads a point I need to make: Shannon Hoon was far more than just the lead singer and tragic catalyst of (old) Blind Melon’s mere half-decade existence. Now, this is not meant as a slight against the other four members; they were far more than just background players tugged by strings on Hoon’s whim, and their unexpected creative peak—Soup (1995)—was built on band synergy. But the fact remains: Hoon was more than a literal “voice.” He gave the band an invaluable and sorely needed depth, a defining Voice that they developed around, honing an innate ability to both play into and shape that Voice’s eccentricities. So, sure, they deserve credit for writing a good deal of the music, but, in more respects than just his former role as the band’s “leader,” Shannon Hoon—the pensive, emotional wreck of a singer/songwriter and the unpredictable, “it’s my concert, I’ll piss on my audience if I want to” frontman, and every contradiction in between—was Blind Melon.

Since his ghost can’t help but linger over anything connected to the Blind Melon name, their third record was always going to be a monumental uphill battle. It would’ve been a daunting task in the ’90s with the group at their collective prime but now, nearly thirteen years later and with Travis Warren (the new, small, wimpy “v” voice), offering little besides an eerily familiar timbre is particularly hard to take. Even if you argue that the last thirteen years have lowered expectations instead of Katamari-ing into an insurmountable weight, For My Friends disappoints precisely because it reeks of inferior old Blind Melon—a failed attempt to recreate an era, if not a largely understood legacy, instead of expanding and redefining it. It’s not even that I’m unfairly imposing these lofty expectations on the band; they outright promised it a few years back in an interview with Billboard: “The group is picking up right where it left off musically.”

I guess he forgot to clarify that with “…if by that we really mean retreading our debut with a terrible lyricist.” Don’t get me wrong, it’s great that Glen, Chris, Roger, and Brad are back together making music, but the only way a Blind Melon resurrection is going to extend the band’s legacy and not creep the living bejesus out of their fans is to move the sound forward. They had rebounded from “No Rain” by making a quantum leap forward with Soup, something they sorely needed to do again with (sigh) the new Blind Melon. This record in no way picks up where Soup left off; hell, it doesn’t even pick up where Blind Melon (1992) left off. To get back to the “holy shit this is creepy” component of all this, I can’t help but feel that they’ve dug up Blind Melon just to relive it—writing the same old songs, forcing Travis into shoes he can’t possibly fill. More damning, Warren’s lyrics see-saw from clichéd angst (one gem of many: “It starts to hurt / Hurts so bad it starts to burn”) to Hallmark feel-goodery (I shit you not: “Turn that frown upside down”). He floods the record with an inapposite, gaudy light, following the band’s lead into ruts of aimless self-reflection. Think of it this way: in Warren’s hands, “No Rain” would’ve been a literal John Denver-esque plea for sunshine.

To be fair, this flop in no way rests solely on Warren’s shoulders, nor his lyrics (though c’mon: “Chasing our dreams / We tried to put ‘em in a bag and save ‘em for another day yeah”). The core members recreate their earlier sound with ease, but they coast with it and become too comfortable to take any of Soup‘s off-the-wall tangents. They just aren’t as ambitious or kinetic as they’d been on their first two records, and though highlights like the title track (minus Warren giggling to himself at the end) and “Father Time” offer viable routes for the group to (eventually) evolve into their own, they’re separated on the record by miles of yawning pitfalls, one mid-tempo retread after another. The chute-to-ladder ratio is just awful.

Shit, I don’t know. If you have no decade-long fixation with this band and the idea of replacing a dead singer with a shallow sound-alike doesn’t skeeve you out, maybe you can buy into this record’s otherwise kinda pleasant psych-tinged southern rock. But as follow-up to one of the ‘90s most unlikely Great albums—which Soup is, no matter how hesitant music geeks seem to be to admit that—all I hear is a sharp regression veiled in strained nostalgia, saturated with songs that very clearly aim to recapture an old glory. Again, I love this band, and I’m still somehow holding out hope that, if they really do have to keep going with this “new” Blind Melon façade, they’ll go somewhere, anywhere, with it. For My Friends would’ve been a disappointing first step as their own entity, but as a self-imposed extension of Blind Melon, long ago defined by a dead man’s Voice, it’s a few sobering—and creepy—leaps backward.