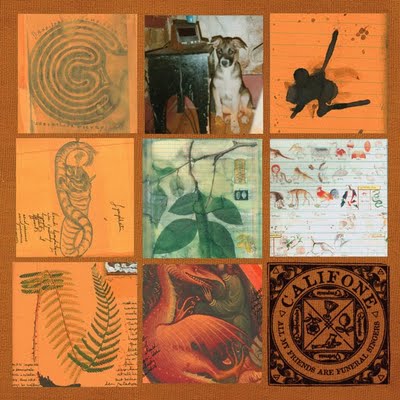 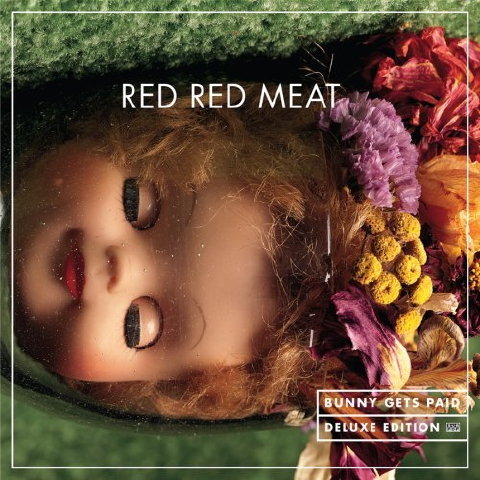 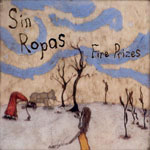 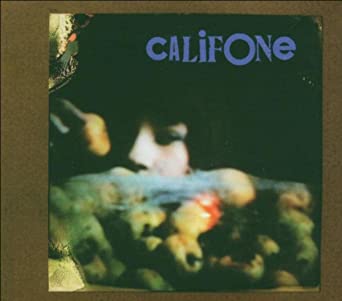 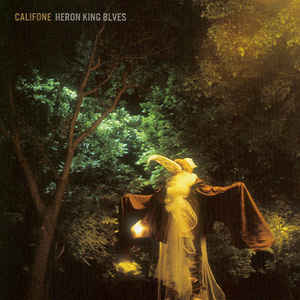 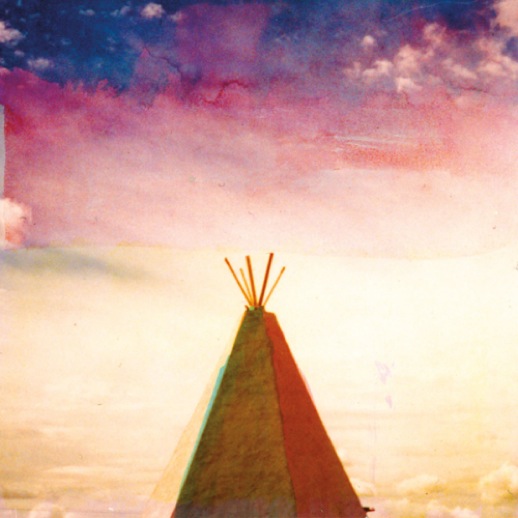 A photo of a bud yet to bloom—perhaps the first image that comes to my mind when listening to Califone’s new record, Stitches. If not that image, then the picture given us as the album cover: a lone, clean-angled peak with nothing but sky and clouds for backdrop. The peak bears a matchstick crown, recalling the mountain beacons in Lord of the Rings, and you wonder if this high pyre will ever be set ablaze. Because it looks like it never might, and that’s okay. Actually, more than okay. The potentiality for fire, for brilliance, for light and smoke and heat, an important signal then expiration…or the steady hum of a tranquility always verging on a break. So often in art we are expressing the former, so rarely the latter. One is drama, the other is haiku. Or an epic poem that is all subtext, no adventure, and endlessly cycles back in on itself to reveal the pattern and fabric of our lives—and that shit ain’t cotton. It’s thistles, stone, skin, thinning hair and deepening wrinkles; perpetuity, decay, and secret sublimity. It is standing perfectly still and feeling the earth turn, knowing that you can stay in that spot forever and yet forever be moving in the full actuality of space.

I feel the need to start off with big talk because from what I’ve seen of the critical reception so far, most people think of Stitches as “oh, nice, another Califone record that sounds like another Califone record.” When differentiations are made, there seems a hint of disparagement, talking about how this feels a bit more like a polished solo record for Tim Rutili than a legit band jam. Truth is, these connotations are somewhat correct yet their tone seems ill-considered. First off: a new Califone record! Week it dropped = week made. Secondly, yes, Stitches is colorful, tight, vibrantly accessible, and you can actually make out about half the things Rutili’s saying, so by previous Califone standards this one’s a sing-along. Lyrical ciphers give way to broad, digestible constructs of intent: love songs, anti-love songs, orchestral folk odes to Moses. The exceptional beauty of all this, though, is that the album gives you set-ups with very little interest in pay-offs. And, no, that’s not frustrating and, yes, it really is quite beautiful. On that level, Stitches is sort of peerless.

I’m not sure which lyric to pull-quote to prove my point, there are so friggin’ many. Title tracks are usually good for this sort of thing, and “Stitches” humors me with the closing line about severing connections only to stitch them together “again and again and again.” Relationship is treated not as inevitable tragedy or happily ever after, but rather a process of tear and repair, like we humans are only good at building things up so long as we continue to demolish what came before—and it is in this way that we simultaneously indulge stasis and evolution. In the avatar of “Moses” you have the prophet who leads his people to a promised land that he himself can never enter. And on penultimate “We Are a Payphone,” Rutili croons the titular lyric with the clarifier “waiting…” Stitches is a record with things to say about embracing the quiet depth of things left unsaid, about honoring the speaker who doesn’t need to speak, the lover whose love remains self-contained, the possibility of unfulfilled action to harbor climax. It would be a bore if it lacked grace or character. It doesn’t. It would obfuscate if its tone weren’t so crystal clear. You can see right through this record, but there are no easy answers on the other side. Only an insight into life as it is, and not like we often pretend it to be.

Is it contradictory, then, that there’s something almost breathlessly (if currently) Romantic about this music, free-roaming Americana dipped in flourishes and technology? Sure, which is great, I love a good contradiction. And, subtly, there is no real contradiction, as every track here ends either in fade-outs or unresolving notes. The final instrumental outro, “turtle eggs/an optimist” is a sort of larger framework resolution even as it repeats the record’s mantra of constant yet subdued liminality, of finding infinity by remaining unfinished—a synth wash towards the end gives us great harmony but no catharsis. You’d think that an album with somewhat conventional music that eschews a conventional sense of arc, narrative or otherwise, would come off awkward or ineffectual, but with Stitches there is aesthetic, textural immediacy and, even more importantly, immaculate craftmanship to help it make an impact from the very first listen.

I’m reminded of Mark Hollis, the way Rutili hangs these notes and instruments in air, the arrangements so elegantly designed and yet organic in their aims and intuition. Opener “Movie Music Kills a Kiss” is a pure dose of simplicity, immediately warm and familiar yet sophisticated in how opposite it stands of rote. A strum of guitar and slide, modest piano…a loose lattice of fingers to hold Rutili’s tree-bark vocals aloft. And that organ riffing at the end is like those Talk Talk guitar solos, seemingly improvisational and yet consummately intentional in how it affects the track for the better, adding richness with no odd note astray. “Bells Break Arms” boasts the record’s weirdest Bible reference (“Magdalene” has poignant criticism on the philosophy of Christ, “Moses” is fable as modern metaphor), telling of Esau and Jacob climbing back into their mother with scratching spines; and the music is an apt accompaniment, if you could believe that were possible. It ladles out ambient soup in the background with a fore of sustained piano chords and a rounded synth line that keeps time. And there are few long-form songs in Califone’s canon more compositionally impressive than “moonbath.brainsalt.a.holy.fool” and “A Thin Skin of Bullfight Dust,” the former a triumph of melody, harmony, verse, bridge, chorus—a bastion of traditional songwriting while still forsaking the predictable progression, music as cliché—and the latter a Westernized Krautrock barn-burner, canned drums and a gleaming loop (that sounds like a distant memory, a repressed hiccup of finger-picking) culminating in measures punctuated by variant salvos of on-point experimentation.

Nothing else really hammers the Hollis home, though, like the aforementioned “Payphone”—the use of space and sure pacing, the softly elegiac chord change, the tolling guitar tone that sounds Ctrl+V-ed off a Spirit of Eden (1988) master. And, like Hollis, the wisdom of how to end a song satisfactorily with an ellipsis. For someone hearing slight echoes of his favorite records ever, this is a deeply felt joy. Probably no coincidence, either, the way Stitches flip-books the tomes of archetype and reveals that the sanctity of our mythologies lies not in a hopeless quest to maintain our perceived truths but in the image created when the pages blur and we find art’s explanation of who we were, are, and will continue to be…an image both moving and un-moving, 1000-frames-per-second of that beacon not burning, the wood rooting in the elements, in that slow death an inner fertility. Maybe someday a tree will grow on that rock. But let’s not go looking too hard for a sentiment where none is needed. We typically yearn for something that’s less than real, for sparks and upheaval and movie music; with parable like a faintly fogged mirror, Stitches kisses us, blesses us, and strikes us dumb with a whisper. We search the image for the parts of ourselves that we can’t quite see. Here are the seams in our still life.