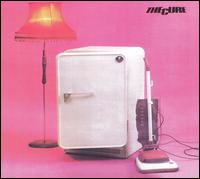 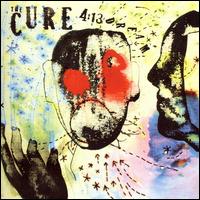 The good citizens of the United States of America have just elected a new president, which, in 2008, means two things. First, it means the blessed end of eight trying years of virtual autocracy, and a time to welcome the first African-American man to ever hold the position of President of the United States. Second, it also means there’s probably a new Cure album out. Beginning with 1992’s Wish, Robert Smith has somehow managed to put out a new product in every election year, or what Jay-Z might refer to in song as “one sad record every four year, average.” But should we care? Robert Smith hasn’t really crafted any lasting staples to his cannon since 1992’s “Friday I’m In Love”—though, Wild Mood Swings (1996) excepted, each post-Wish album has at least been above average, containing enough gems for the die-hards and allowing the Cure to tour without shame.

The buzz on 4:13 Dream has been largely centered on the way it was produced, with the band banging out the tracks in a live studio format with a minimum amount of overdubs. Their current incarnation features two guitars and negligible keys, and words such as “raw” and “buzzing” have been utilized, with the pundits seemingly oblivious to the fact that Ross Robinson already captured the Cure doing this same thing on 2004’s grungy self-titled record. That record sounded crisp and edgy, and was easily their finest effort top to bottom since the early ’90s. In sonic comparison, 4:13 Dream sounds like shit.

Sounding like a series of demos banged out in one twenty-four hour recording session, I’m still not entirely convinced that Dream was even properly mastered before leaving the studio. I’m not overly familiar with producer’s Keith Uddin’s oeuvre, but his Wiki entry claims he has “78 consecutive top 20 singles and albums,” and “is considered as one of the best engineers and mixers in the music industry.” Ok dude, then why the fuck does your Cure record sound like a waterlogged mess caused by an in-studio flood that warped the master tapes? Every edge is sanded off, Simon Gallup’s bass occupies too much of the mix, and the guitars appear to drop in and out at random intervals, weakening Smith and Porl Thompson’s otherwise gnarly use of their wah pedals. Robert Smith sounds like he’s singing at the bottom of the ocean. It actually sounds a lot like Wish, whose shitty sound quality I always attributed to its 1992 release date and just figured it was in desperate need of a re-master. But now I guess it was supposed to sound like that? Whatever. I’ve seen the Cure live. They don’t sound this washed out onstage.

But let’s say you’re the type of obsessed Cure fan who can look past uber-shitty production values so long as the songwriting holds up. Their choice is producers is suspect, but 4:13 Dream still manages to contain a number of tunes that won’t result in egregious bathroom lines at the next three hour Cure gig. Early chatter reported that Dream would entirely be a pop fest, with the requisite doom mongering being held in reserve for a future “companion” release (don’t hold your breath). And 4:13 does indeed contain the largest concentration of three-minute sugar confections since Wish, several of which could have been legitimate hits had they been released in the 120 Minutes era. “The Only One,” despite rehashing 1992’s “High,” is tops in this regard, doing both joyous and loopy as only Robert Smith is capable of. Ditto “The Perfect Boy” and future goth wedding smash “This. Here. Now With You.” There’s also the expected stab at pasty funk (“Freakshow”) and an opening, wind-swept guitar epic that recalls the headier moments of Disintegration (1989) and ought to sound nifty kicking off their shows (“Underneath the Stars”).

The promise of joy-pop uniformity has rung hollow, which is fortunate because Smith is still at his best when he’s lashing out. For starters, I’m shocked that its taken the Cure this long to use “The Scream” as a song title. Even better is closer “It’s Over,” easily the album’s strongest track, and an utterly batshit tantrum (even by Smith standards) in which Fat Bob howls as if he’s just been tossed over a cliff. Too bad it still sounds like it was recorded in a fish tank. Which, again: sigh. Because of that constant drawback, 4:13 Dream slots in pretty uniformly with the rest of the Cure’s ’90s-‘00s output in that it’s a solid, if unspectacular, record that sounds like what most folks expect the Cure to sound like. The songs generally hold up, but the production job remains confounding. Keith Uddin’s meaty fists have ruined this album, and lead this critic to question whether tinnitus or old age has resulted in the man no longer giving a shit as to the sonic merits of his albums. It simply does not sound good.