1. Complimentary Dismemberment Insurance
2. This Day Is a Loaf
3. Grow Up
4. Lil Norge
5. But I Don’t Wanna Sing About Guitars
6. People’s Partay
7. Olympic Portions
8. You Sleep Good Now
9. Hovering Above That Hill
10. Denominator Bluise
11. Hosanna in the Forest

Other Records by Danielson 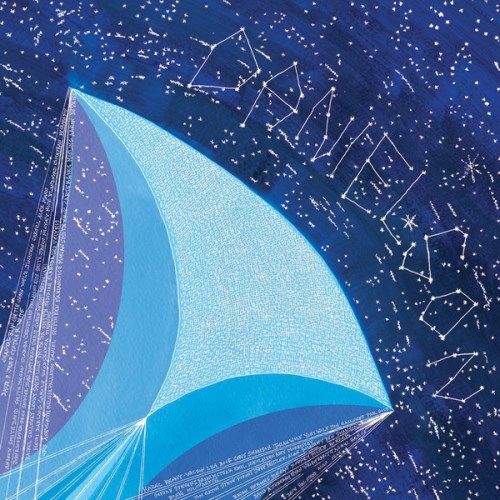 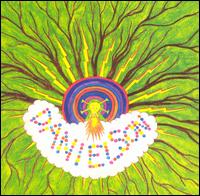 Br. Danielson: Brother Is To Son 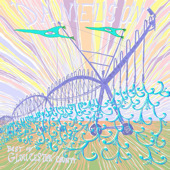 The Best of Gloucester County

The unfortunate truth: The Best of Gloucester County is not Ships (2006). Not by a long shot. It’s not a bad album, but after the immensity of that earlier work, many of the songs on this new release feel thin, underdeveloped, and strangely joyless. Ships was an ecstatic culmination of a strange and singular career; even better, it was a madcap behemoth accessible enough to be embraced by listeners who had little use for Danielson’s less-developed earlier work. (Which, admittedly, often sounded something like Looney Toons composer Carl Stalling producing a collaboration between Captain Beefheart and the Pixies.) Let’s be clear: The Best of Gloucester County features many of the stylistic trademarks that made that earlier work so interesting: abstract yet playful lyricism, dynamic arrangements, plus a whole lot of catchy screeching. But without the energy and consistent inventiveness of Ships, the new record often just seems perfunctory, the result of a writing process that Danielson mastermind Daniel Smith, in a CMG interview conducted in February, unpromisingly described as “very efficient.”

Now, as unfair as it might seem to evaluate The Best of Gloucester County primarily in relation to its predecessor, Smith himself invites the comparison with the album’s very first lines: “Sick to the death of sitting ‘round here / Reading my clippings from these past years.” Smith explained in our interview that this reference to Ships was intentional, but the whole thing comes off as strangely impersonal: “I liked that pathetic image of somebody who just can’t seem to move forward and is just stuck in some highlight of the past…afraid to move forward.” On excellent first single “Grow Up,” he does indeed focus on the value of moving on and overcoming the anxiety that goes along with it (“When I grow up / Will I recognize me?”). Regardless, that opening image reveals much about the album it introduces, as themes of not moving forward, not letting go, and not facing one’s past permeates many of the songs. In kind, The Best of Gloucester County also seems to present itself as a celebration of Smith’s native New Jersey community. But despite the cheery title, it remains, lyrically, a deeply alienating record. On “Complimentary Dismemberment Insurance,” we find Smith “lost in his home,” hiding not only from his neighbors but also his own image in the mirror. On “You Sleep Good Now,” his discomfort with himself extends to life at large: “I long for complete unconsciousness,” he moans, before going on to praise the escapism of sleep and death. The Best, indeed.

This paradox between community and isolation extends to the music itself. Smith’s best work has always been produced in concert with numerous, talented collaborators—his siblings, a large stable of musicians, more famous indie darlings—and what made Ships so impressive was that Smith got to play visionary with like 90 instruments at his disposal on every song. With an artist who so obviously thrives on collaboration, it is hard not to wonder if The Best of Gloucester County‘s drop in quality should be directly linked to the scaled-down ensembles and arrangements Smith employs herein. Which is a feeling exacerbated by the reality that the album’s weakest songs are among its most boisterous. “But I Don’t Wanna Sing About Guitars,” for example, is all noise and little passion, complete with a tongue-in-cheek guitar solo bewilderingly buried way down in the mix. And “Lil Norge,” a jaunty duet featuring Smith’s wife Elin and miscast crooner Jens Lekman, simply falls flat. Without the animating spirit that pointedly marks his best songs, the first half of this album starts to derail, ultimately leaving little impact.

It’s the second half of the album where things gel, though not in an expected way. The best parts of the album are some nearly wordless tracks toward the end; Smith jettisons his trademark audience-friendly pep altogether and seems to follow through on his proposal to “leave this crowd behind and pass on over to the other side.” I don’t know where the other side is, exactly, but if the beautiful, cyclical chord progression of “You Sleep Good Now” and the tense ambiance of “Hovering Above That Hill” and “Hosanna in the Forest” are any indication, being on that side is less about singing with family at the community center and more about sounding out the ineffable. Danielson’s past successes may have been the work of a hundred voices gathering ‘round to sing the same joyous song, but the most successful parts of The Best of Gloucester County embrace a different kind of communion altogether. Not just the community of Gloucester County, or New Jersey, or the indie rock or Christian communities, but one of all things: “The horn, the flute, the sun and the sky / The harp and the moon, guitars strumming / Animals humming / Celebrate with your might.”