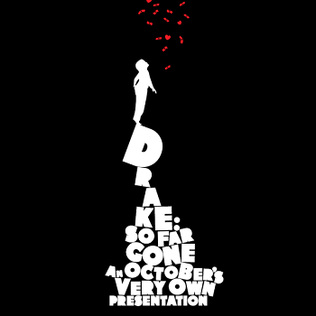 That’s a big, confrontational score up there, intentionally so. Let’s start with the imperative to even fucking listen to this guy, even once. It does not exist on its own. The general stance toward him is dukes-up, fuck you brah, and I can’t fight it. He has two, potentially three gigantic strikes against him, sort of interrelated and forming a swirling hydra of reasons he should eat shit: 1) prior to his career as a musician, he was best known as Jimmy on the low-rent cable soap opera Degrassi: The Next Generation, and don’t they know you can’t subtitle anything that’s not Star Trek that, 2) he made his switch to “musician” under the tutelage of Lil’ Wayne, who, individual genius aside, has some of the worst taste ever, 3) I guess that’s it really, but Drake’s also sorta pretty, long-coat-wearing, sub-Ne-Yo looking in a prepackaged sort of disgusting way that I can’t blame you for hating. He reminds me of this one dude I went to college with who got laid a lot and I hated both because of that and because he was a fucking prat, and I feel like he reminds a lot of people of that guy. And fuck that guy, right? I’m behind that sentiment. Here he is, just hanging out: 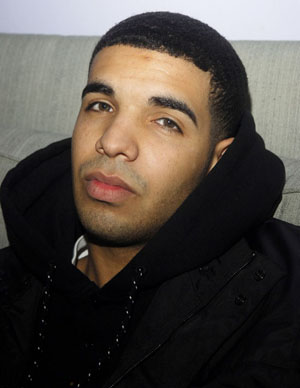 But he also has three strikes in his favor, and they’re big ones. The first is that he’s even on the track “Every Girl,” a distinction he shares with such face-melting asshats as Mack Maine and Jae Millz, but still, that was one of the handful of truly great pop tracks released this year, and so give him that; the next plus is “Forever,” pretty much universally referred to as “this year’s ‘Swagga Like Us’” although with a worse beat and zero airplay, but still: it’s Drake’s track and he holds his own alongside solid Kanye, autopilot Weezy and career-resuscitatingly brilliant Eminem verses; and so on the strength of these two big reasons I gave his free mixtape a free download, why the hell not, right, on the strength of those tracks, and I realized on first blush that even if not necessarily great this is the exact album that two of the three most important emcees of this decade have tried and failed to make in the past year.

I am referring here to 808s & Heartbreak (2008) and Dedication 3 (2008), two big, sometimes-autotuned attempts to come across as genre-hurtling future-minded singer/songwriters, both sorta spectacular failures. (Weezy’s was intended as a forebear for a full-bore shift to singing/songwriting, something even he realizes is a bad idea at this point, thank heavens.) But, anyway, also, to round things out the other of the three most important emcees of this decade (Jay-Z, coming late to the party and telling instead of showing, bah) referred to him on a track about the history of hip-hop as “next,” but meaning it in like a Big way, like: Next, and Drake even got on said album on another track, even if that (a guest spot on The Blueprint 3) is a distinction he shares with the kitchen sink.

So anyway, everything I’ve said so far is fairly factual (the three minuses, and the three pluses), and so because I’m trying to work logically and rhetorically and convince you of something here I just want to take a second and reify that you’re following so far, that you concede all of these points are true. Nod subtly in your chair if so. Because I’m shifting to a more subjective point, which is that after maybe two listens that third realization (that this is the record Weezy and Yeezy both attempted to make) turns into a reason to really at least kinda like it, in-the-interest-of-contemporary-rap-wise: you get what a moodier, slinkier and more cohesive thing he has created than 808s, sadder and sexier and 100% less personally embarrassing, and you also sorta realize that you’ve had something startlingly backwards: Weezy wants to be Drake, holy shit, not the vice versa that makes so much more sense. When Wayne autotunes he is if nothing else trying to make a track like “A Night Off,” here a wet, high, airy fuck ballad that works despite or perhaps in spite of the involvement of Lloyd. Which is staggeringly ostentatious, putting Lloyd on a track and acting like that’s not a big deal, just me and my friend Lloyd here, singing the hook.

This is not a hugely subjectively positive thing to concede to Drake, given how bad those two more mainstream attempts at this type of album were. But once you’ve conceded that this is what those two bad albums wanted to be, the slope gets slippy: it opens the door that it might be good. For one, there a few downright, party-leveling bangers here. The riotous screw-around “November 18th” is literally impossible to deny—I’m looking at you, Internet, deny it. Shit feels like Blackstreet over ’07 Timbaland; it’s got a narcotic thump. “Best I Ever Had” is as fun as fucking. Peter Bjorn & John get chipmunked on “Let’s Call it Off,” resulting in transubstantiation of the indiest variety. “Congratulations” has an uptempo techno hook that probably makes Ye’s knees weak and a synth-studded verse beat that’s better than almost anything T.I. got to rap over on Paper Trail (2008).

The record is literally full of great synth lines, by the way, from the KFW sine-wave curlicues that open it through to the melancholy oceanic sighs of proper closer “The Calm,” and they’re scattered about with a tempo decidedly low but fomenting, in structurally important moments, into the aforementioned bangers. The general populace seems to be somewhat confused about how to take Drake on the mic—opinions range from the Future to dogshit; see above—so I’ll come down somewhere toward the former: as a technical emcee, his breath control and flow are uniformly fine, well above average, about as good as Gucci Mane’s to pick an example but with slightly more complex rhyme schemes, and but with a strong old-school lyrical slant (he is almost always threatening to fuck your girlfriend) wed to an almost preternatural songwriter’s sense of composition.

Because So Far Gone is a long, dark stretch of synth-studded melancholia that has more in common with the pitch-black swirl of a good trip-hop record than like contemporary rap. Rapping is treated as an extension of singing, which as a Rap Fan feels obnoxious to me except that he’s quite good at both and employs them in absolute service of the song’s structure, deference constantly paid to upholding the midnight cool of the record’s whole. His thin voice—yep, occasionally Autotuned, drop it—betrays a fine Kels-ish way with ridiculous hooks as on the first track’s “Throw your ones up in the air” or, later, the sublimely idiotic “Tonight I’ll just fuck you like we’re in Houston.” Sticking with that opener, though, after dropping a few hooks that spin around each other Drake takes the mic with (in his way) a sort of patient, wide-open flow, spitting blithe platitudes with a steady fever that bursts eventually into drum-less quiet and then a coda of chimes hitting against one another, resolution-less, and one last runthrough of that hook. Both elements are exactly in tune with the synth lines and more importantly with the fucked-up, drugged-down relationship he’s describing, which will necessarily end poorly and so is put off until a “later” that the album manages to keep putting off, one more druggy night after the next, one more surprise uptempo track pushing the comedown off one track further.

It is remarkably dark but fun to live in this place both aware of a deeply depressing comedown and the fact that, for at least right now, it’s not here, and that he creates this mood on the first track through straight Song Structure and a dozen or so other times on the record lends credence to those two spectacular mainstream flare-outs from last year. Because if The Blueprint (2001) and The College Dropout (2004) showed that hip-hop could contain the exact structure and variety of classic universe-uniting pop songwriting, then these recent attempts to transmute the form into sensitive-types-only singer-songwriter stuff might also be worthwhile. Drake lacks the worldly egotism of Hova or Kanye’s inimitable self-consciousness but he’s communicating his own experience—that of a low-rent soap star with too much money, somewhat inscrutable hip-hop clout and the ability to get laid constantly—perfectly into a ticking, shimmering stretch of pop music.

He is breathtakingly cocky—Tupac cocky, a celestial braggart. His lineage is fickle, his “realness” fatally dubious, and he doesn’t give a shit: the idea is that he’s still balls-deep in your girlfriend, still rich. Which makes him a douchebag, which makes this a sort of vertiginously penetrating funnel deep into the tortured psyche of a long-coat-wearing douchebag. Which I’m not sure has happened before, that someone so resolutely unlikable in this manner has produced music that without an ounce of apology still communicates the ups and downs, particularly mattress-related ups and downs, that accompany this douchebag lifestyle. He is a thorough, unrepentant douchebag, possessed with a staggeringly sensitive artistic sentiment that is exuded in pitch-perfect synth-pop on, let’s remember, a fucking free mixtape, an entirely unnecessary effort from someone who was born rich and whose record is gonna sell like hotcakes no matter what. Which, free and all, handily redoubles the overwhelming lasting impression of this effort: which is that in the lineage of all artists Drake has produced this record not so much because he wanted to but because he had to.

So, just to be clear about this, I am aware that I am giving the following guy an 85% on Cokemachineglow: 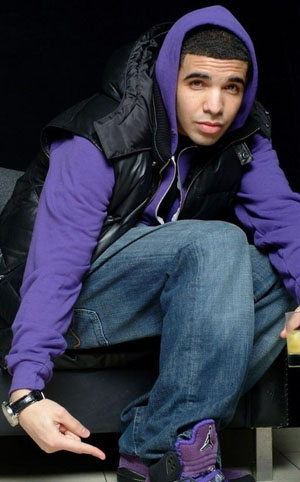 The thing is, he deserves it.