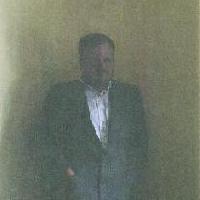 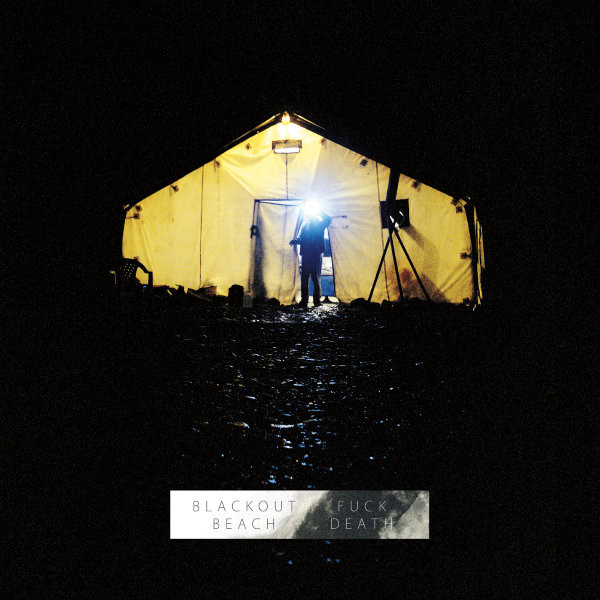 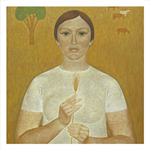 Skin of Evil just starts and even though Carey Mercer doesn’t begin to actually say anything until 43 seconds in, it feels like we haven’t had enough time to get ready. This anxiety continues throughout the entire album until, soon, we realize there is never any point of release, any epiphany or destination, to Mercer’s second solo outing. Except for Mercer’s voice, but even that’s more means to an end, though it greedily chews the scenery like a star-blinded fop and draws everything extrinsic into loose orbit. With Frog Eyes Mercer at least seemed to mewl toward something—a lining in the crepuscule, a messianic din, the last three minutes of “Bushels.” Instead, Skin of Evil is hardened, seamless, and totally unrelenting, everything full-bodied and visceral about Frog Eyes squeezed until it sublimates. This is scary, ethereal shit.

It’s also a gorgeously captivating half hour of bedroom pop pushed screaming out of bed. Oneiric pieces of Knife songs and pretty girls fade, leaving contrails. At the head of which are, of course, Mercer’s vocal lines, a series of distracting patterns climbing over the butt end of melody. More than in anything he’s done before, he pops his words into step aping some kind of fucked trochaic verse, like swing written by misanthropes and zombies. Almost too simply, Mercer’s accompaniment follows suit—the first instance of opener “Cloud of Evil” is a harrowing, lo-fi tribal bump, mimicked a skip later by a frightened, statick-y beat. “Evil”’s rhythmic frame is mostly a simple pulse, heartbeat through a stethoscope, but it presents a subcutaneous cue that will help serve and sustain the rest of the album. The way Carolyn Mark and Megan Boddy’s harmonies leap and skitter, the tessellating guitar tones, the way Mercer mixes his organ so low it resembles spoiled, bubbling milk: this is how Mercer ties a tide to his music, how he can force a simple beat and its shadow to carry an entire suite of songs by prenatal sentiment alone.

That’s dumb, right? Indulgent, at least—like his voice, so enamored with itself that it sometimes seems to fold inward and shrink. There’s something grossly submissive in that and I get why some are just as repulsed as they are bored by Mercer’s compulsion to keep his mouth open. Or, for the most part, I foresee that kind of reaction to Skin of Evil; there is an overpowering aimlessness to Carey Mercer and he’s never helped by colloquialisms like “getting’ into the dyin’,” all menacingly hip as they are plain awkward. Even “Woe to the Minds of Soft Men” is, I think, just an insult to anyone whose ears perked up during the song’s unexpectedly cheery opening riff. Its lyrics are its title, and it’s only 55 seconds long. It even builds, the snare rolls—and then it fades out. Fuck you, dude!

If I’m only expressing a bit of frustration, I’m justified by the thought that Mercer must intend me to feel so bottled up, suppressing my own metaphorical orgasm and then compulsively replaying the album until I’m writhing with deserved punishment. His lyrics, after all, tread in broad sexual politics (male archetypes and female counterparts, suffering at the hands of one another) and then crush them with male power until they’re only sexual, and then abuse what’s left until it’s just an organ, a square of skin, or “made of rain.” I don’t know what any of it really means; Skin of Evil is supposedly a concept album. But I do recognize the squealed “daddy always” that closes out “Biloxi, In a Grove, Cleans Out his Eyes” for what it is: an enchanting sensation of nostalgia and need, especially before and after “I see my life is made of rain,” which is itself drawn out and quartered by Mercer and his sweetly counter-intuitive chorus. Like “Skinny Love” in the snow, this moment, and so many wonderful, fucking horrible others, makes me want to cry. Then “Three Men Drown in a River” bleats, two watery farts, and it’s like Mercer’s making fun of me, a dude crying. A well-placed noogie never seemed so well-placed.

So the tension with which this album toys is palpable, at times eviscerating, mercilessly plotted by Carey Mercer the flamboyant anti-man, shrill and seductively tart. This is fun, and a bit confusing, especially as Mercer relates latently violent vignettes of teachers and soldiers and boyfriends lusting after the dead “Donna.” He never really tries to hide the intent of his protagonists, which is to pummel the other guy for stealing away his American dream, but he does make sure that, despite whatever violence erupts or is implied to, no one ever gets what he wants. In the end Donna’s still dead and the lover, whichever paramour it happens to be or maybe the consummation of them all, bonded by good old boyish regret, resigns himself: “You see I’m always bent out of shape / like an ocean town stuck in the winter / And logs just seem to wait / Hopefully the clouds clear because the clouds have canned our fate.” I won’t spoil how he mangles the bejeezus out of those four lines, but when Mercer exclaims, over and over, his voice clipping, “That’s not alright with the dawn!” the universe is castrated.

That Skin of Evil is a definitively masculine album is perhaps overcompensated for by the ever-present coos of Mark and Boddy; in fact, I don’t know how to reconcile that with the idea that I think this music should be heard by, well, everyone. I admittedly can’t get past the sensual frustration of a song like “The Whistle” where I know the chamber piano and the weak steel of Mercer’s lone guitar will never, god help them, meet. This I relate to in the groin, where my desires tick away how further year after year I’m pulling away from my sexual peak, never really knowing what it feels like to find that peak, and I am, it’s true, a red-blooded, white, heterosexual male partial to squashed sexual politics, as long as they validate how badly I’m probably supposed to want to find release. Here I’m offered Mercer’s solution: cut it off. So, in the same manner it’s opened, Skin of Evil swats shut, not with an abrupt blemish on the smoothness of the album’s engineering, but with an anxiety that seals us off from feeling truly OK with whoever and whatever just teased us so painfully. With this I can wholeheartedly relate.