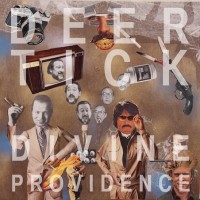 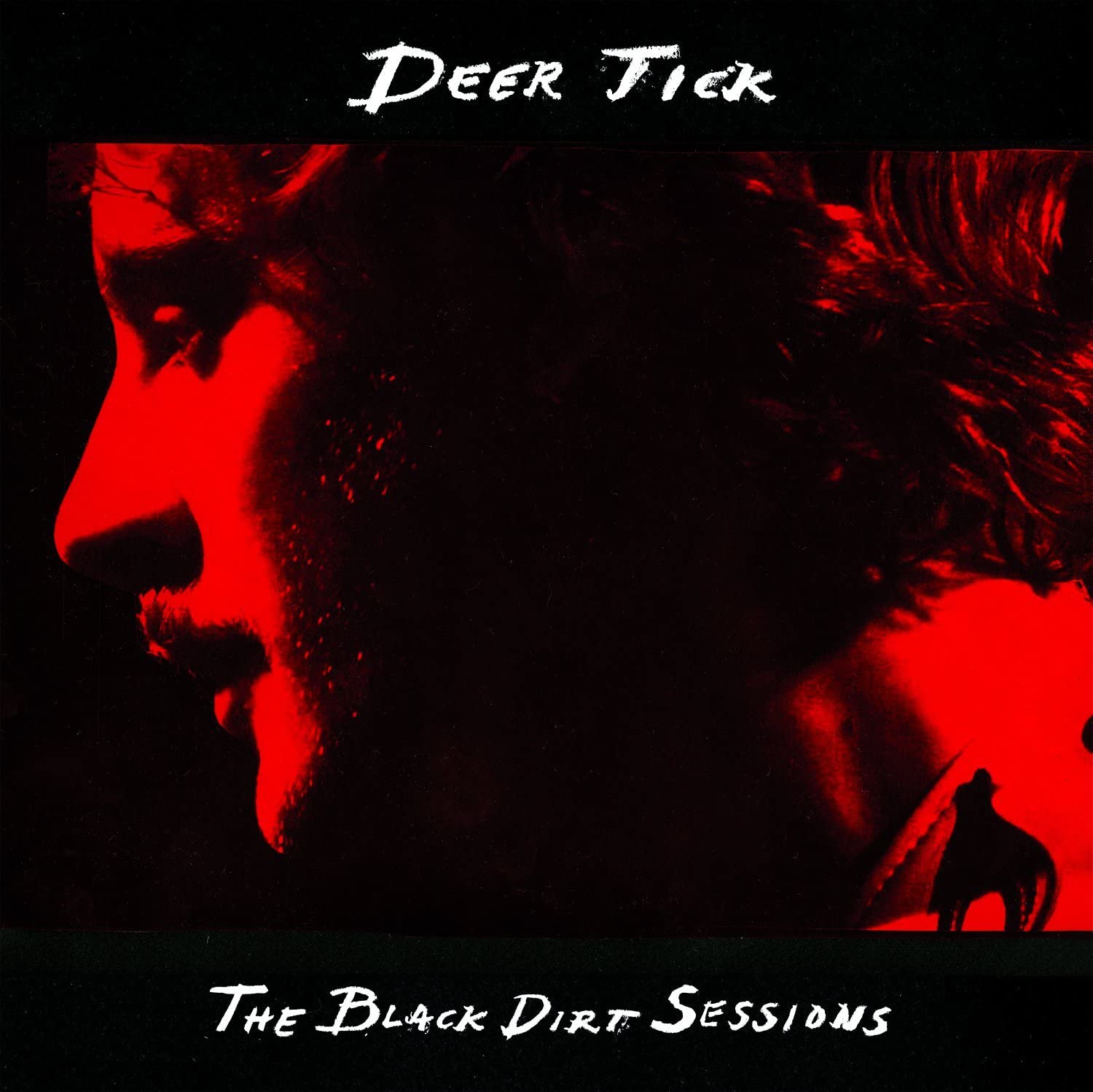 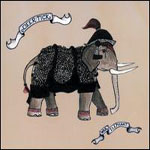 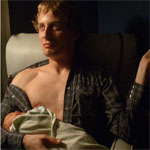 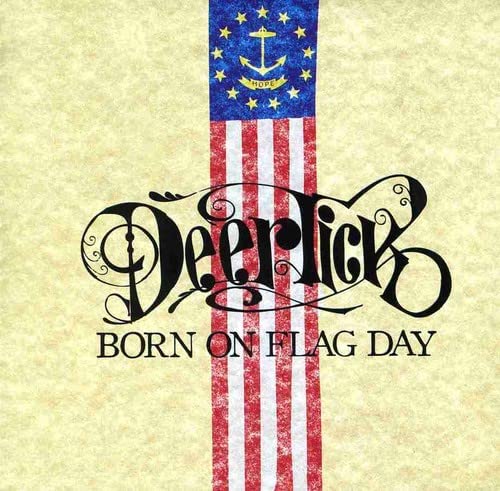 I’m torn on this, Deer Tick’s sophomore record, as I suspect many fans of War Elephant (2007) are. On the one hand it’s hardly a game-changer, treading a lot of the same folk- and country-rock ground as John McCauley’s exceptional, CMG-endorsed debut. Nor is it a shocking drop in quality. Born on Flay Day is, I feel the need to stress since an unfortunate catch is looming, a fundamentally good record, one that checks a lot of the right boxes for what we should be expecting from a satiating follow-up. Each of these ten songs are unequivocally writ from the same pen, sung with the same band-defining coarse moan, and consumed with the same morose lyrical themes (isolation, regret, jealousy, revenge, foolhardy romanticism, the shitlist goes on) that, as Conrad put in his review of War Elephant, again capture “an unquestioning belief in the heart’s tyranny over the mind.”

On the other hand, Born on Flag Day is an underwhelming step in place for Deer Tick. Sure it treads the same ground as its predecessor, but only that ground, and only the most worn, John Prine-toeing parts at that. It’s not quite a snooze-fest—this is no Deer Tick (The Album)—but it inches far too close in its need to use (and reuse) formulaic balladry to blandly, if pleasantly, reiterate what he’s already done better, let alone what hundreds of artists before him have done. I’m sure that some—likely including fanboy Brian “BriTunes” Williams, whose most favoritest Deer Tick song ever is “Dirty Dishes”—might initially celebrate the lack of grungier tangents like “Christ Jesus” and “Not So Dense,” seething pieces where McCauley threw himself wholeheartedly against the limits of both his range as a singer-songwriter and the patience of his audience. But amongst so much amiable and familiar material, those unwieldy moments felt the most inspired, tethers that kept the record from collapsing into a sinkhole of mid-tempo sad-sackery. Here, no such luck: without these stubborn shitfits—or even standouts like “Art Isn’t Real (City of Sin)” and “Standing at the Threshold,” which straddled the two extremes—the incessant sameness of Flag Day is sorely felt by record’s end, evoking a conflicted shrug from all but the most forgiving of fans.

That end, in contrast to his debut’s flamboyant take on “What Kind of Fool Am I?” from the musical Stop The World—I Want To Get Off, being three minutes of silence and a ho-hum live cover of folk standard “Goodnight Irene,” first recorded by Leadbelly over three-quarters of a century ago. I’d call it anticlimactic, especially as it drunkenly stumbles into a grating sing-along (…then another), but by the time this hidden track nondescriptly wafts in the tone has already been set. Tacking yet another ballad on the end of Flag Day, as if an album’s worth weren’t already enough, is symptomatic: whereas “What Kind of Fool” reflected a conscious push on McCauley’s part to challenge himself, as well as his listener’s expectations, on Flag Day he seemingly can’t be bothered. Summing up the general indifference of the CMG staff, Alan said it best as we gathered ‘round the brand new hi-fi water cooler and circle knee-jerked (except Chet, who merely yawned): “Verily unambitious. Under-ambitious. Think of it as the Kristofferson album De Niro digs in Taxi Driver as opposed to Kristofferson.”

The first few songs belie this, somewhat. Opener “Easy” is the only track on Flag Day to fulfill, or even attempt, the promise of War Elephant’s folk-grunge immediacy with its vague threats (“Out the door with the devil in my eyes / That son of a bitch crossed me once / But he won’t cross me twice”) and jacked-up arrangement. The shrill repetition of “you were never there!” drives the grunge angle home, but the real attraction is that big dumb swinging melody of a chorus, its chord changes echoing a sped up and punch-drunk take on Blue Rodeo’s “Lost Together” with McCauley playing an exaggerated Greg Keelor to Jim Cuddy’s baby’s ass of a voice. Here, baby’s ass-less, his animated rasp and Christopher Dale Ryan’s jittery bass whet the hook razor-sharp—and with it we first get a sense of Deer Tick truly, excitingly solidify as a proper band, now that they are in fact a band. After all, War Elephant had been mostly a fleshed-out solo project—his Foo Fighters (1995) to this record’s The Colour and the Shape (1997), if you will, which I guess makes lead guitarist Andrew Tobiassen their Pat Smear—with all instrumentation handled by himself and the odd guest, only recruiting the current line-up after its release.

Unfortunately, the momentum borne from this new-found chemistry is immediately fleeting as the record moves from the misleading opening thrust of “Easy” into slower, predictable territory. At first this isn’t so damning. The beautiful, steel-pedal laden “Little White Lies” is easily the best of the full-on country ballads, partly because it actually goes somewhere (er—well, builds more clatter near the end), but mostly because it’s the first, and bookended by the record’s two best songs. “Smith Hill,” wisely chosen as the second single, uses the same repeat-itself-into-a-mild-fervor formula to more dramatic ends (which is to say: hello hokey string arrangement!), striking a lopsided balance between the vocal urgency of “Easy” and (far moreso) the country-inflected melodic coddle of “Lies.”

From there, only three tracks in, Flag Day settles into a bleary comfort zone that it never quite snaps out of. There are a few exceptions, to be fair: “Houston, TX” is a compelling rehash of “Dirty Dishes” (meaning Bri should be eating this shit up), and the slow-burning tease of “Stung” manages to gently shake McCauley back to life, even if, once awake, he abruptly shuts the record down. (And, given that only the shitty hidden track follows, you’ll want to do the same.) But they’re surrounded by a couple of flops—those being “Song About a Man,” where he goes full-Dylan, and the paint-by-numbers blues-rock of “Straight Into a Storm”—and back-to-back-to-back yawners in the back half. Like, I’ve heard “The Ghost” a couple dozen times in the process of reviewing this record, and just one day removed I couldn’t tell you a single thing about it. Duet “Friday XIII,” meanwhile, is memorable for Liz Isenberg’s effete “baby, love me again!” back-and-forth, but the song itself falls flat.

So, like I said, I’m torn. Despite this middling release, despite even War Elephant’s godawful re-release artwork (seriously: what the fuck?), I can’t help but want to give McCauley the benefit of the doubt here. I dunno, maybe the album title and cover art are supposed to reflect a pinhole focus on Americana revivalism, an excuse to purposefully bundle thirty-odd minutes worth of samey genre exercises while throwing a red herring at the very beginning—and, cheekily, as the first single—to remind us what else he (and now Deer Tick The Band) is capable of. But, regardless of the motivation behind it, too many of these songs dawdle in unsatisfying circles, capitulating to minor variations on verses that are pleasant but frustrating in their inability, if not outright refusal, to take full advantage of the talent at hand. I want to stress one last time, post-catch, that these aren’t terrible songs, nor do they add up to a terrible album. But the net effect is nevertheless one of tedium and disappointment, a partial reminder of War Elephant’s potential instead of an attempt to realize it. The good news is that McCauley is still just 23—here’s hoping he eventually grows out of sounding so old.